Leaf spring bushing kit for use with Part#CS061R leaf springs and factory shackles.

This relationship between vehicle weight and suspension is where Old Man Emu gets its name - the emu is a large Australian flightless bird, when it runs, its powerful legs absorb most of the impact, allowing it to move over all types of terrain while its body remains virtually motionless. This is what Old Man Emu strives to achieve with its range of fully integrated 4x4 shocks and suspension systems. Old Man Emu suspension systems include carefully matched spring and shock combinations engineered to improve vehicle ride, handling and control under various loads.

A single suspension lift kit system designed to suit a multitude of users simply isn't practical, as each users preferences will dictate how the vehicle is outfitted and used. Despite these differences, most aftermarket 4x4 suspension systems are only available in a single configuration, with suspension lift height often being your only option.

At OME, instead of merely offering a suspension lift kit that's little more than a compilation of parts aimed at raising your trucks height, we offer a range of tuned and matched integrated systems, each offering varying degrees of comfort, load carrying capability & control characteristics. The components are designed by ARB with an unrelenting, no compromise approach.

Shock absorbers and springs for each new vehicle start off as prototypes, and are tested and modified in a variety of terrains and with varying loads. These trials and modifications can take weeks of testing in order to ensure the best possible combination for each application.

We test and modify, test and modify and continue to do so for as long as it takes to ensure each shock and spring combination is ideally suited to a vehicle, its varying weights, the drivers suspension lift requirements and the terrain it'll encounter. 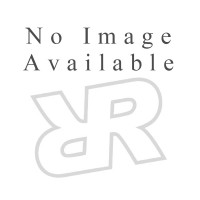